In Which Reading Writing Rachel Turns 2!

It's so bizarre to think that two years ago today, I started this blog as a way to A) hold myself accountable IN INTERNETLANDIA, where All Things Truly Matter, Natch, and B) chronicle my attempts at writing my first book. In case you don't want to scroll back through 127 entries, here it is, my very first blog post!:

Hi, there! Welcome to Reading Writing Rachel! I created this blog for the same reason anyone creates a blog- to talk obsessively about ME ME ME!

The real reason for this blog is to chronicle my attempts to finally Write The Damn Book. I think it's safe to say I've been a writer since I was about four. That's when I started creating my best Barbie storylines, including one in which Ken kidnapped Barbie's kids, and then slipped a hallucinogenic drug into the water supply of her neighborhood so that everyone believed the kids had been abducted by aliens. No, seriously.

Ever since then, I've loved making up stories, although my plots are a little...tamer now. Since I was about 16 or so, I've probably attempted to write about 50 books. The most I've ever written before now was about 75 pages of a romance novel in college. The least I've ever written was, literally, one sentence.

But now I'm about 150 pages into my first YA novel. It's a sort of Southern Fried Paranormal, or, as I like to say, it's like Flannery O'Connor and Anne Rice had a baby (you know- with science) and then gave that baby to Meg Cabot to raise. That baby would be my book. It's kind of crazy and all over the place right now, but it's finally beginning to resemble an Actual Book.

So this blog is my attempt to document the incredibly frustrating and rewarding process of Writing The Damn Book. It's also where I will probably rant about how hard that is and how doing other things, such as watching epic amounts of Food Network, seem much more fun than writing. I'll also probably have the occasional fun poll. And, side bonus, you'll get my not very enlightening thoughts on life! Score!

So here we are, 2 years later, and The Damn Book is VERY MUCH an Actual Book. An Actual Book that is Actually Coming Out in Actual Bookstores (in 12 Actual Countries) in less than 2 months.

Now normally I try to avoid mushiness or sentimentality or any of that, but I WILL say that 2 years ago, everything was very, very scary. Despite the very cheerful tone of that post, I felt adrift and anxious. I was completely in love with my Baby Hex Hall, but I had no idea if other people might love it, too, or if being a writer was something I could genuinely do for a living. I was pretty sure that The Husband and I were both totally insane and Headed For Maximum Disaster.

We were headed for Maximum Awesome.

Now I'm not saying that life is all flowers and sausages just because I got a book deal, or that Maximum Disaster will never loom again.

But I did have something to say to anyone out there who may be feeling adrift and anxious, or scared that your life is not going the way you want it to, or thinking that the dream you have is too big, or too crazy, and that is that someday somebody's gonna make you wanna turn around and say goodbye. Until then, baby, are you going to let 'em hold you down and make you cry? Dontcha know things can change? Things can go your way, if you hooooooold ooooon....Oh, wait a second. That is not a deeply felt message from my soul-region. That's a Wilson Phillips song. Funny how often the two are the same... 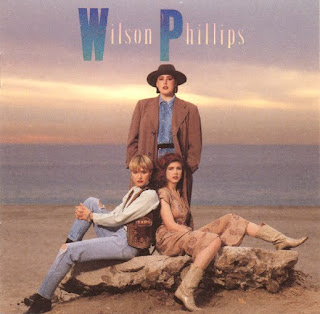 Have a great Monday, and I'll see y'all Tuesday when we meet Jenna Talbot from Hex Hall! (Who was, 2 years ago, NOT a vampire named Jenna, but a faerie named Lexie! Let's not tell her this, 'kay?)
Posted by Rachel Hawkins at Sunday, January 10, 2010

Happy two years! I'm so excited to read Hex Hall and I love reading these posts about how authors started. Gives me a reason to encourage my husband to start writing like he keeps saying he will!:)

That is awesome trivia about Jenna/Lexie! Very cool insider info. And this is why I read.

Oh man, you ruined the surprise. I was gonna sport that sweet suede vest at The Day the Literary World Explodes With Awesome aka release day, but no way will I be in vest shape by then. Now, the boots? The boots I shall consider.

Anyone can attempt writing on your behalf, however, the question is would you pay someone to do it for you without checking their credibility? Our firm has established itself as the most trustworthy online assignment helper firm in Australia and globally. Join these thousands of students and achieve high distinction in each and every one of your college tasks. This is the main reason why most students search for online assignment help australia over the internet and choose only the most proficient and trusted academic writing experts. So, if you are searching for quality assignment help canada you can find it right here from the local experts.

I was actually captured with the piece of resources you have got here. Big thumbs up for making such wonderful blog page! 토토사이트

Definitely consider that that you stated. Your favorite justification seemed to be at the net the easiest factor to keep in mind of. 경마

Very efficiently written information. It will be valuable to everyone who utilizes it, as well as yours truly. Keep doing what you are doing – for sure i will check out more posts. 바카라사이트

I envy your piece of work, appreciate it for all the good content. 온라인경마

I blog often and I truly appreciate your content.
야설

This great article has truly peaked my interest.
일본야동

I’m going to bookmark your site and keep checking for new details about once per week.
국산야동

I subscribed to your Feed too.

Hi there! This article could not be written much better!
야설

I truly thank you for the profitable information on this awesome
subject and anticipate more incredible posts. Much obliged for
getting a charge out of this excellence article with me. I am
valuing it all that much! Anticipating another awesome article. Good
fortunes to the creator! All the best!
고스톱

You have a decent point here! I absolutely concur with what you have
said!!Thanks for sharing your views...hope more individuals will
read this article!!!
스포츠토토

Incredible things you've generally imparted to us. Simply
continue written work this sort of posts. The time which was
squandered in going for educational cost now it can be utilized for
studies. Thanks
일본야동

Very nice post. I just stumbled upon your blog and wanted to say
that I’ve truly enjoyed surfing around your blog posts.
After all I
will be subscribing to your feed and I hope you write again very
soon!
토토사이트

I am happy that I observed this blog, just the right information that I was searching for! I gotta bookmark this site it seems handy handy.

Hi! This is my first visit to your blog! We are a group of volunteers and starting a new initiative in a community in the same niche.

I love what you guys are usually up too. This type of clever work and reporting! Keep up the superb works guys I’ve included you guys to blogroll.

I have read your article; it is very informative and helpful for me. I admire the valuable information you offer in your articles. Thanks for posting it. Feel free to visit my website; 온라인카지노

This is an excellent post I seen thanks to share it. It is really what I wanted to see hope in future you will continue for sharing such a excellent post. Feel free to visit my website; 카지노

Very good written information. It will be valuable to anybody who employees it, as well as yours truly :). Keep up the good work ? for sure i will check out more posts. Feel free to visit my website; 토토